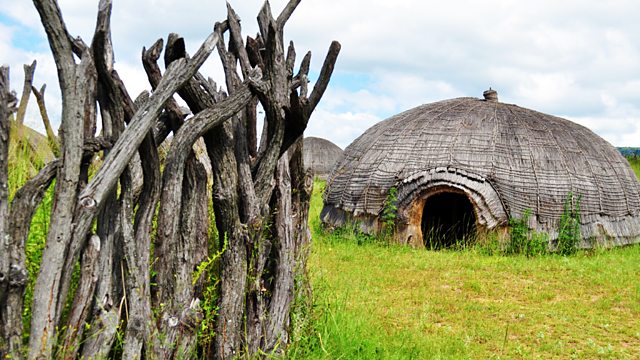 In South Africa, Gus Casely-Hayford visits evocative sites in Zulu history and searches for the secrets behind the Zulu's cultural power and military strength.

We know less about Africa's distant past than almost anywhere else on Earth. But the scarcity of written records doesn't mean that Africa lacks history - it is found instead in the culture, artefacts and traditions of the people. In this series, art historian Dr Gus Casely-Hayford explores some of the richest and most vibrant histories in the world, revealing fascinating stories of four complex and sophisticated civilisations: the Kingdom of Asante, the Zulu Kingdom, the Berber Kingdom of Morocco and the Kingdoms of Bunyoro & Buganda.

In this episode, Dr Casely-Hayford travels to South Africa to explore the history of one of Africa's most famous kingdoms. Visiting some of the most evocative sites in Zulu history, he examines the origins of the Zulu in the 17th century, their expansion under controversial military leader King Shaka and their brutal encounters with the Boers and the British. He also searches for the secrets behind the Zulu's cultural power and legendary military strength, and why Zulu identity continues to endure.

The Berber Kingdom of Morocco—Series 2

See all episodes from Lost Kingdoms of Africa