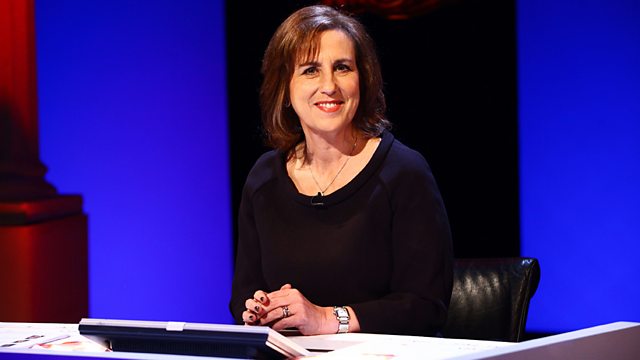 A Question of Taste
Episode 4 of 6

Food quiz with Kirsty Wark. Two teams of food lovers are tested on a host of gastronomic subjects over five rounds. In Kitchen Corner, William Sitwell offers some foodie facts.

Kirsty Wark hosts the food quiz for foodies that do not just know their onions, but grow and pickle them as well; for whom knowing the difference between Tahitian and Madagascan vanilla really matters; and for whom perfecting a red wine reduction is a way of life. Participants are tested on a whole host of gastronomic subjects, from cooking techniques, recipes and ingredients to food history, science and international cuisine.

Two teams of three friends, relatives or colleagues, all united by their love of food, go head-to-head over the five rounds: See Food, TV Dinners, Smorgasbord, Food Clues and Gastroknowledge.

Plus, in Kitchen Corner, Kirsty is joined by William Sitwell, who will be furnishing both the teams and the home viewers with fascinating foodie facts throughout the show.

See all episodes from A Question of Taste