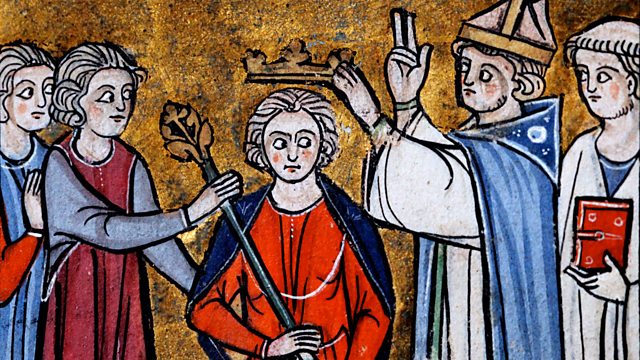 The Crusades
Episode 2 of 3

In the second episode of this three-part series, Dr Thomas Asbridge offers a piercing examination of the Third Crusade and the two renowned figures who have come to embody Crusader war: Richard the Lionheart, king of England, and the mighty Muslim sultan Saladin, unifier of Islam. Drawing on fascinating eyewitness accounts and contemporary records, Dr Asbridge constructs an insightful and nuanced picture of these men and their fiercely fought struggle for the Holy Land.

Almost perfectly matched as adversaries, these two titans of holy war clashed during a year-long campaign that raged across Palestine. Both were willing to commit appalling atrocities in pursuit of victory. Each brought the full force of his military genius, guile and cunning to bear, all in pursuit of the ultimate prize: Jerusalem. Dr Asbridge reveals how this shattering conflict brought Saladin and Richard to their knees, even as it served to forge their legends.

See all episodes from The Crusades