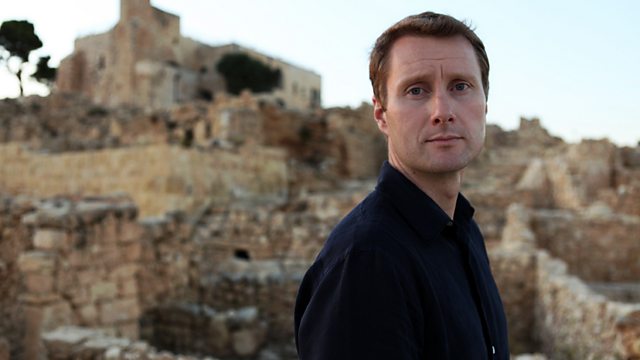 The Crusades
Episode 1 of 3

Dr Thomas Asbridge re-examines the story of the Crusades. He traces the epic journey of the first crusaders as they marched from Europe to recapture the city of Jerusalem.

Dr Thomas Asbridge presents a revelatory account of the Crusades, the 200-year war between Christians and Muslims for control of the Holy Land.

The story of the Crusades is remembered as a tale of religious fanaticism and unspeakable violence, but now fresh research, eyewitness testimony and contemporary evidence from both the Christian and Islamic worlds shed new light on how these two great religions waged war in the name of God.

Episode one traces the epic journey of the first crusaders as they marched 3,000 miles from Europe to recapture the city of Jerusalem from Islam, enduring starvation, disease and bloodthirsty battle to reach their sacred goal, and then unleashed an appalling tide of barbaric violence upon their Muslim enemies. Yet far from being the invincible holy warriors of legend, Dr Asbridge reveals that these crusaders actually considered surrender in the midst of their titanic expedition.

See all episodes from The Crusades