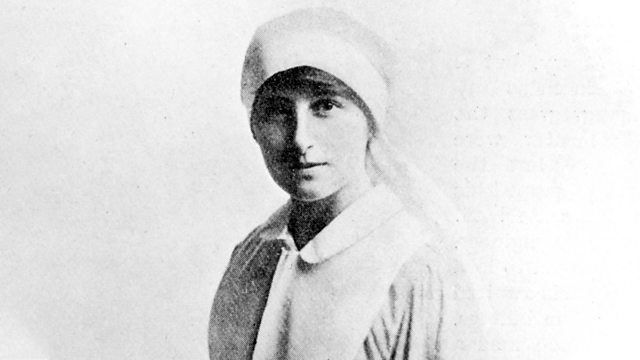 Pacifist Vera Brittain - witness to the toll of the First World War - recalled by daughter Baroness Shirley Williams. From 2012.

The writer and pacifist Vera Brittain is discussed by her daughter Baroness Shirley Williams and Dr Clare Gerada, Chair of the Royal College of GPs.

Vera Brittain's life was shaped by the grief that followed the loss of her fiance, her brother and two good friends. She candidly conveyed the toll of the First World War on her generation in the best-selling 1933 book, Testament of Youth.

Matthew Parris chairs an insightful exploration of what it was like to be brought up by Vera a mother who was, for many reasons, simply unavailable to the young Shirley Williams.

Vera was a teenage feminist desperate for an education. But she turned her back on her studies at Oxford in 1914 because she felt compelled to serve as a nurse, wanting to join her brother and his friends in the trenches.

Shirley Williams explains that as a result of her experiences, Vera became a committed pacifist, at a time when it was deeply unpopular to do so.

Dr Clare Gerada nominates a fascinating life while paying tribute to two women - mother and daughter - who she believes have made the 21st century a better place for women to live.