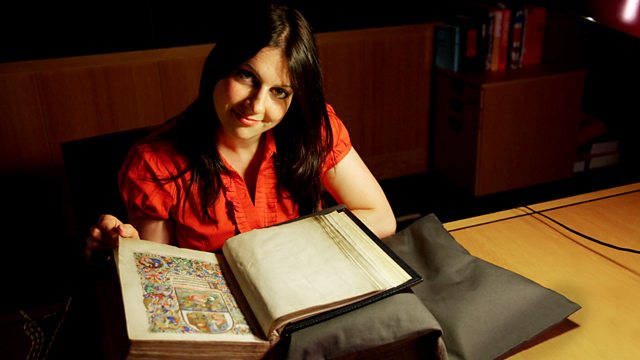 What a King Should Know

Illuminations: The Private Lives of Medieval Kings
Episode 2 of 3

Dr Janina Ramirez shows how medieval illuminated manuscripts gave power to the king and united the kingdom in an age of plague, warfare and rebellion.

Dr Janina Ramirez unlocks the secrets of medieval illuminated manuscripts and shows how they gave power to the king and united the kingdom in an age of plague, warfare and rebellion. She discovers that Edward III used the manuscripts he read as a boy to prepare him for his great victory at the battle of Crecy and reveals how a vigorous new national identity bloomed during the 100 Years War with France (1340-1453).

In the British Library's Royal Manuscripts collection she finds out that magnificent manuscripts like the Bedford Hours, taken as war booty from the French royal family, were adapted for the education of English princes. Dr Ramirez also explores how knowledge spread through a new form of book - the encyclopaedia.

Ruling by the Book

See all episodes from Illuminations: The Private Lives of Medieval Kings