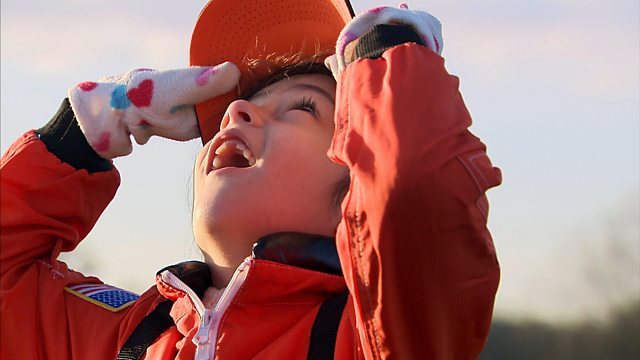 Four short films exploring the moon, stars and beyond with young children and their families. Includes a trip to the beach to find out how the moon is connected to the sea.

Four short films in which children aged five and six, and their families, marvel at the wonders of space.

In the first film the children take a trip to the beach to find out how the moon is connected to the sea before visiting an observatory to take a closer look. In the second film the children visit one of the darkest sites in the UK, a Dark Sky Park, where they take part in some stargazing, spotting and learning about constellations. In the third film the children launch a rocket with an astronaut and find out what it is like to travel through space. In the final film the children and their parents head off to Finnish Lapland on an exciting hunt for the northern lights. Narrated by John Simm.

See all clips from Little Stargazing (8)