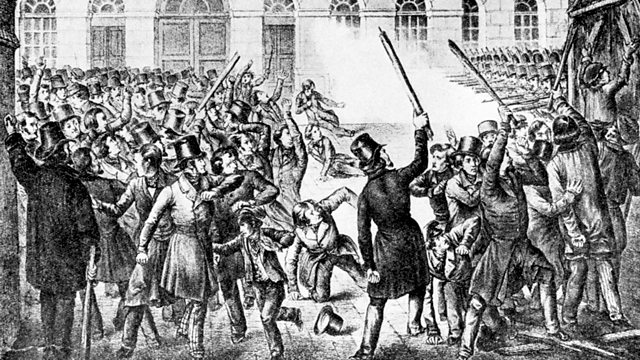 Melvyn Bragg and guests discuss 1848, the year that saw Europe engulfed in revolution. Governments from Paris to Palermo were toppled, but the effects were not to last.

Melvyn Bragg and his guests discuss 1848, the year that saw Europe engulfed in revolution. Across the continent, from Paris to Palermo, liberals rose against conservative governments. The first stirrings of rebellion came in January, in Sicily; in February the French monarchy fell; and within a few months Germany, Austria, Hungary and Italy had all been overtaken by revolutionary fervour. Only a few countries, notably Britain and Russia, were spared.The rebels were fighting for nationalism, social justice and civil rights, and were prepared to fight in the streets down to the last man. Tens of thousands of people lost their lives; but little of lasting value was achieved, and by the end of the year the liberal revolutions had been soundly beaten.With: Tim BlanningEmeritus Professor of History at the University of CambridgeLucy RiallProfessor of History at Birkbeck, University of LondonMike RapportSenior Lecturer in History at the University of Stirling.Producer: Thomas Morris.