Schedule
BBC Radio 4
But They Are Only Russians
Main content 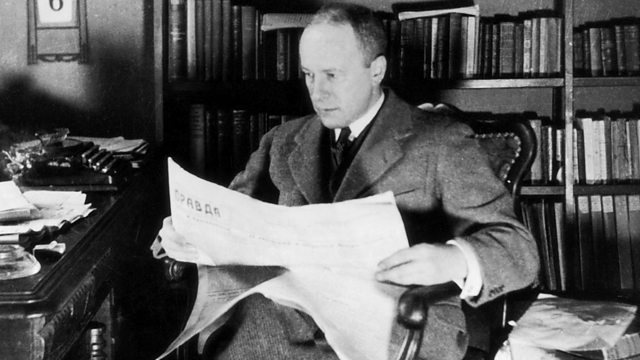 But They Are Only Russians

Walter Duranty denied Stalin's great famine and won the Pulitzer. Gareth Jones told the truth and was killed. John Sweeney on the motivation of cover-up artists and truth-tellers.

Truth-tellers and cover-up artists: John Sweeney takes a classic example from Stalin's great famine of the 1930s which killed up to 10 million peasants, with a famous and feted journalist Walter Duranty reporting in the New York Times that there was no famine and very few deaths, and ridiculing another journalist, Gareth Jones (once David Lloyd George's private secretary), who had defied a state ban to go and see the suffering for himself, and reported the horrible truth. Duranty later won a Pulitzer; Jones was killed in China in mysterious circumstances.

In 'But They Are Only Russians' - a dismissive phrase used by Duranty when admitting privately to western officials that thousands were dying - John Sweeney investigates the truth-tellers and the cover-up artists, their motivation, their fate, and why it is that the public always finds it easier to believe in a fantasy rather than a reality.

Sweeney has been to Ukraine, following in the footsteps of Jones, and meeting a few aged famine survivors, who tell him of desperate hunger driving many to cannibalism. He visits and reports from Stalin's villa and one of his gulags, and observes that in Vladimir Putin's Russia, where only 'positive history' is promoted, Stalin is being rehabilitated and school-books reducing the history of the famine to half a page.

He talks to Doris Lessing, who confesses to having been duped into promoting Stalin's vision of society, and he hears how politically naive many celebrities of the time proved to be. As were intellectuals. Or useful idiots, as Lenin called them - who ignored or accepted, sometimes promoted, tyrannies and tyrants. He meets Gareth Jones' niece and Walter Duranty's biographer.

Sweeney brings the story up to date, by noting that some current world leaders act abominably or dubiously, even if not on Stalin's scale, and what they do is reported by the Durantys and the Jones - cover-up artists and truth-tellers.