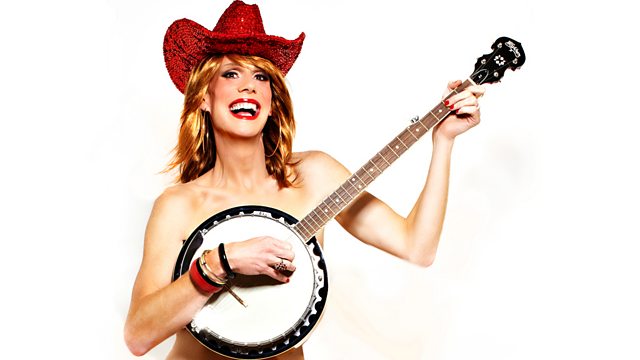 Country music legend Tina C is out to save the world from its financial mess. Stars Christopher Green. From January 2012.

Country legend Tina C challenges the Secretary for the US Treasury, the Chairman of the Federal Reserve and the former CEO of Goldman Sachs that where they have failed, she can come up with a solution to the Global Recession, and sets off on a six country tour to prove it. With guest appearances from economists and financial journalists, including Will Hutton, Paul Mason and Gillian Tett.

This week she visits the United States.

"Christopher Green's Tina C is one of the great comic creations of the age. A genuinely fine country singer, but with a twist of satire and insight which is rare and highly to be prized." Stephen Fry.

See all episodes from Tina C