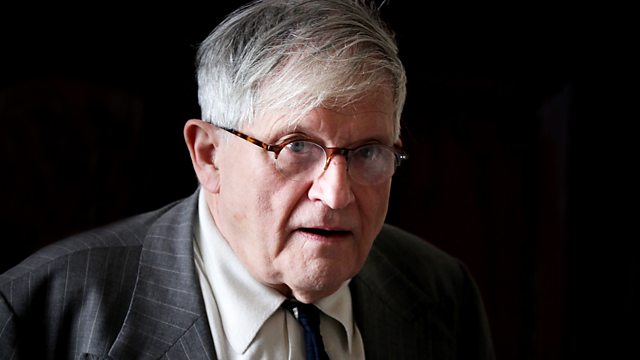 Rachel Campbell-Johnston talks to David Hockney at his Bridlington home and his studio about his work in paint, the iPad and also the moving image.

Rachel Campbell-Johnston talks to David Hockney at his Bridlington home and his studio on the eve of a major exhibition at the Royal Academy.

Hockney's prolific work in the East Yorkshire wolds is considered among the best of his career. He has returned to painting in the open air in the manner of a 19th century artists but he has also mastered the iPad as a means of depicting the landscape and, as he shows Rachel, he has developed a new kind of multi-moving image film to record he favourite places in the wolds. These films, made with banks of 9 digital cameras, encourage the 'intense looking' which is at heart of Hockney's philosophy and they break the limitations imposed by the single perspective available with one camera
.
Hockney talks with authority about other artists who have had a mission to depict nature - about Monet, Claude Lorrain, Rembrandt and the Chinese artists whose scroll paintings he loves.

Also included in the programme are interviews with collaborators such as Martin Gayford, Bruno Wollheim, Randall Wright, Catherine Goodman and Marco Livingstone, who is co-curator of the new exhibition.

Bach and the Art of Bee-Keeping