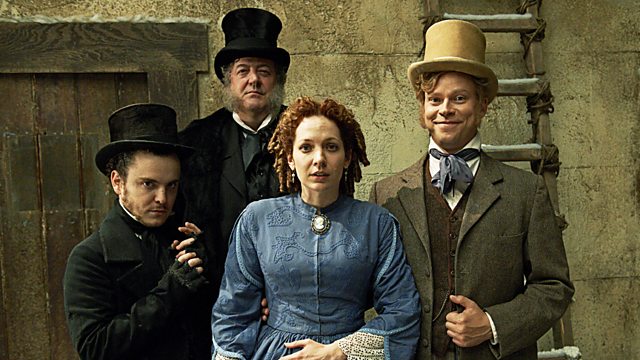 The Bleak Old Shop of Stuff

Comedy adventure in the style of Charles Dickens. Jedrington Secret-Past has a successful business until a lawyer tells him he owes a massive debt.

A Victorian comedy adventure in the style of Charles Dickens.

Jedrington Secret-Past is a happy family man with a successful business until on Christmas Eve Malifax Skulkingworm, a lawyer with a flinty heart and an evil hat, tells him he owes a massive debt he never knew of, and imprisons his family and shop in London's most notorious debtors prison, the Skint.

What is behind Skulkingworm's sinister plan? Will Jedrington rescue his family in time for Christmas? And is there more to the name of Secret-Past than meets the eye? All will be revealed in a tale of hidden wills, brave urchins, giant clocks, misery, joy and treacle.

See all episodes from The Bleak Old Shop of Stuff

See all clips from Christmas Episode (4)