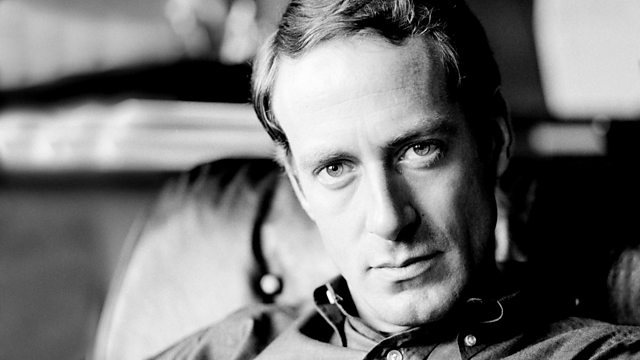 ...Beyond Bond. Lyricist Don Black shares personal memories of John Barry, one of the most celebrated film composers of his generation, who died last year.

Lyricist Don Black shares personal memories of John Barry, one of the most celebrated film composers of his generation, who died last year.

Over five decades, John scored more than 125 films and won five Oscars, including the statuette he shared with Don for Born Free. Other magical collaborations included the Bond theme's Thunderball and Diamond's Are Forever, as well as a musical version of Keith Waterhouse's Billy Liar.

Don remembers his first sighting of "a classy, elegant chap" on Tin Pan Alley, who ate "like a ballerina" and would despatch indebted film producers with his characteristic "Yorkshire bluntness". On their collaborations, he remembers Tom Jones fainting after the sustained end note of Thunderball, and a producer's dismissal of the "lousy tune" and "filthy lyrics" of Diamonds Are Forever.

We also hear about artistic differences during rehearsals for Billy Liar, and the complete failure of another musical, The Little Prince And The Aviator, which closed during preview. And Don recalls a memorable night at the home of Leslie Bricusse, when he, Quincy Jones, Henry Mancini and Burt Bacharach had to break up a fight, between Barry and John Phillips of the Mamas and Papas, after the comparatively diminutive composer challenged Phillips to hum something by Mahler.

This tribute is soundtracked by some of Barry's best loved compositions, including Born Free, Out Of Africa, The Ipcress File, Midnight Cowboy, Dances With Wolves, and several of those classic Bond themes.