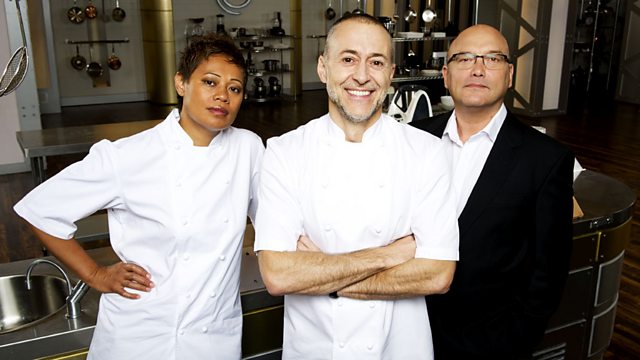 MasterChef: The Professionals Series 4
Episode 23 of 26

Cookery challenge. Michel Roux Jr and Gregg Wallace ask the three finalists to design and cook one course each to be served to a collection of some of the greatest chefs in Europe.

It's Final Week on MasterChef: The Professionals and only three exceptional chefs remain to battle it out for the title and Michel Roux Jr and Gregg Wallace have turned the heat up to boiling point.

It's time for the penultimate challenge - The Chef's Table. Michelin starred Michel and MasterChef Judge Gregg take the unprecedented risk of asking the three finalists to design and cook three courses, one dish each, to be served to a collection of some of the greatest chefs in Europe.

The professionals have cooked with the best in Catalonia and been in Michelin service but nothing can compare to the challenge at hand. With nerves running at an all-time high, the chefs must buckle down and face the mountain of prep whilst staying focussed. Ultimately they have to believe in the course they have designed and execute it to its absolute best. 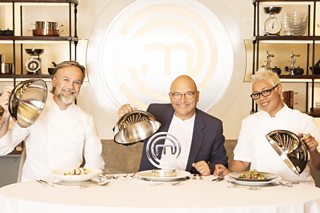