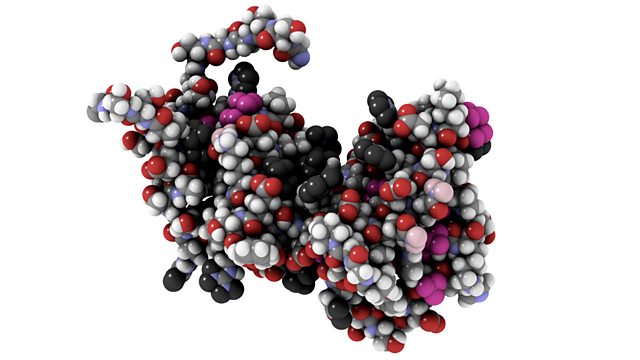 Melvyn Bragg and guests discuss the giant molecules that form the basis of all life. Macromolecules, also known as polymers, are long chains of atoms. They form the proteins that make up our bodies, as well as many of the materials of modern life. Man's ability to mimic the structure of macromolecules has led to the invention of plastics such as nylon, paints and adhesives. Most of our clothes are made of macromolecules, and our food is macromolecular. The medical sciences are making increasingly sophisticated use of macromolecules, from growing replacement skin and bone to their increasing use in drug delivery. One of the most famous macromolecules is DNA, an infinitely more complex polymer than man has ever managed to produce. We've only known about macromolecules for just over a century, so what is the story behind them and how might they change our lives in the future?With:Tony RyanPro-Vice Chancellor for the Faculty of Science at the University of SheffieldAthene DonaldProfessor of Experimental Physics at the University of Cambridge and a Fellow of Robinson CollegeCharlotte WilliamsReader in Polymer Chemistry and Catalysis at Imperial College, London Producer: Natalia Fernandez.