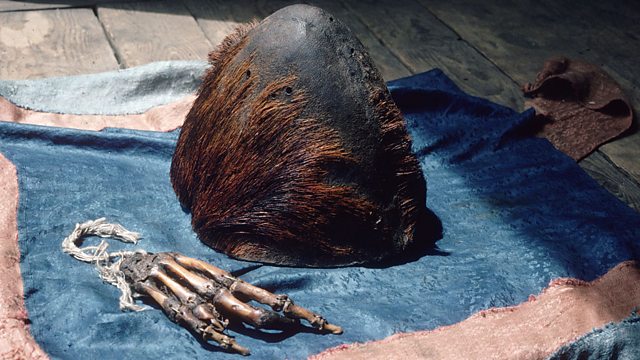 What do a film star, a biologist and a journalist have in common? They all want to find out if a mysterious finger found in a drawer of a museum really did once belong to a yeti.

High up a remote Himalayan Mountain in Nepal is a Buddhist monastery. The monks say there is no doubt yeti's roam the high forest, they see and hear them and they sometimes even attack people. The tantalising prospect of being the first to prove that this mythical ape like creature actually exists has been the goal many explorers - but the beast has always evaded capture. Then the discovery of a supposed yeti's hand kept in the monastery set off a remarkable chain of events that drew in a mountain explorer, an American oil tycoon, a Hollywood film star and a high tech lab for forensic science in Scotland. But is it a yeti?

Some people will go to extraordinary lengths to be the first. Tom Slick, an American oil tycoon, had the money and the desire to try to prove that yetis really do exist. He used his vast wealth to mount expeditions, sending off climber and explorer Peter Byrne into the most remote areas of the Himalayas to follow any leads he came across, and one seemed worth investigating further - a hand of a "yeti" in Pangboche monastery in Nepal. Byrne did a deal with the monks and replaced one finger of the hand with a human finger and arranged to have the yeti finger smuggled back to London.

How the finger actually reached London is a most bizarre tale that involved Hollywood film star James Stewart concealing it in his wife's lingerie case. And then the trail went cold. Slick died, Byrne went onto other things and the finger was lost to the world until it was found by chance in a forgotten collection of curiosities in the Royal College of Surgeons in London. New scientific techniques are now applied to see if the yeti's finger really is what it claims to be - or if not - what on earth has a finger like that?