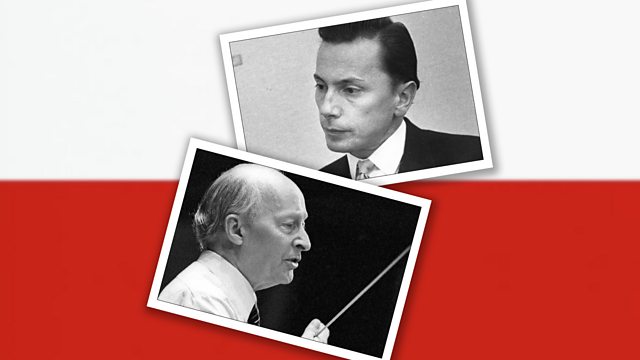 The story of two Polish composers, Panufnik and Lutoslawski and how they endured the war and subsequent events. From 2011.

Panufnik and Lutoslawski were the great hopes of Polish music at the outbreak of World War Two.

During the Occupation, opportunities for musical development were severely limited, but an artistic life sprang up in the cafes and bars of Warsaw. For four years, Lutoslawski and Panufnik made a living playing arrangements of popular and classical tunes (most famously the Paganini variations) to mixed audiences of music lovers, nationalist resisters and cultured Wehrmacht officers.

Warsaw Variations traces the experiences of these two young musicians through the Occupation, the Warsaw Uprising (in which virtually all their manuscripts were destroyed) and into the era of Socialist Realism.

Immediately following the war Panufnik was designated 'Composer Number One'. But by 1954, he'd had enough of pleasing the authorities and defected to Britain. Lutoslawski stayed in Poland and emerged as one of the most prominent composers of the late 20th Century.

This programme received the Prix Europa in October 2012 for the 'Best European Music Programme of the Year'. It was originally broadcast on BBC Radio 4.