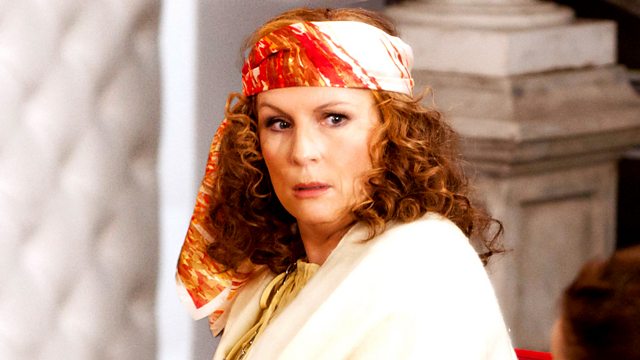 With Mark Lawson, including Jennifer Saunders on the return of Ab Fab, the verdict on the latest Mission: Impossible film, and a round-up of this year's Christmas television.

Jennifer Saunders reflects on the return of Absolutely Fabulous, 20 years after Patsy and Eddy first staggered onto our screens.

Mission: Impossible - Ghost Protocol is the latest instalment of the action-packed franchise. The film sees Tom Cruise return as undercover operative Ethan Hunt, trotting the globe in an attempt to clear his name of terrorism charges and prevent a nuclear attack. Naomi Alderman gives her verdict.

Television is as much part of a traditional Christmas as turkey, with programmes including Downton Abbey, Doctor Who and Great Expectations on offer this year. Sarah Crompton makes her selection.

And a tribute to Vaclav Havel, the playwright and former Czech President who died this weekend, from his friend and translator Paul Wilson.