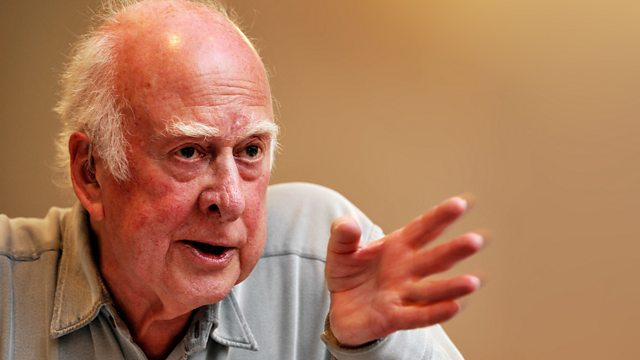 Samira Ahmed profiles the physicist Peter Higgs who in the 1960s predicted the existence of the so-called "God Particle" which scientists may have glimpsed at CERN this week.

Profile this week looks at the physicist Peter Higgs who in the 1960s predicted the existence of the so-called "God Particle" which scientists think they glimpsed at CERN this week.

The Higgs boson - which has so excited the scientific community this week - is a subatomic particle which gives mass to all matter and the quest to find it has been described as the holy grail of physics.

Peter Higgs made his prediction in the mid-1960s when he was a relatively young scientist, adding a crucial element to the Standard Model of the universe. At the time the significance of his work was not widely recognised or understood, and one leading scientific journal even turned down one of his early papers setting out his groundbreaking theory.

Higgs, now in his 80s, is very much a theoretical scientist. Colleagues say he has never excelled at practical experiments, and to this day he doesn't get on with computers.

What kind of man is he? Samira Ahmed talks to those who know the scientist, and asks what makes him tick.