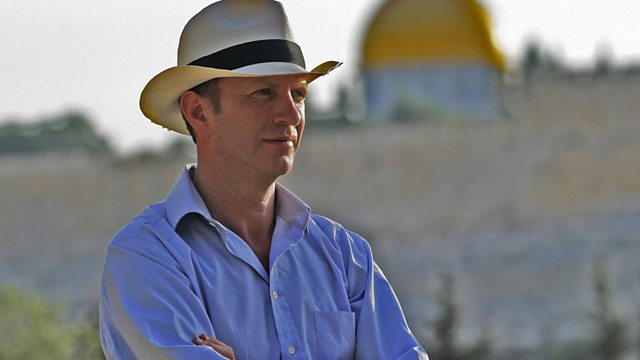 Jerusalem: The Making of a Holy City
Episode 2 of 3

Simon Sebag Montefiore continues his history of Jerusalem by discovering the impact of Islam and the crusaders' attempt to win it back for Christianity.

Jerusalem is one of the oldest cities in the world. For the Jewish faith, it is the site of the western wall, the last remnant of the second Jewish temple. For Christians, the Church of the Holy Sepulchre is the site of the death and resurrection of Jesus Christ. For Muslims, the Al-Aqsa mosque is the third holiest sanctuary of Islam.

In episode two, Simon discovers the impact on the holy city of a new faith - Islam. He explores Muhammad's relationship with Jerusalem, the construction of one of Islam's holiest shrines - the Dome of the Rock - and the crusaders' attempts to win it back for Christianity.

He also brings to life lesser-known characters, whose impact still resonates - Al Hakim's destructive delusions of grandeur and Queen Melisende's embellishment of crusader Jerusalem, as well as the notorious stand-off between Saladin and Richard the Lionheart.

The episode ends in the 13th century with King Frederick II, whose groundbreaking power-sharing deal prefigures the tortuous peace negotiations of our own times. Then, as now, peace did not last.

See all episodes from Jerusalem: The Making of a Holy City