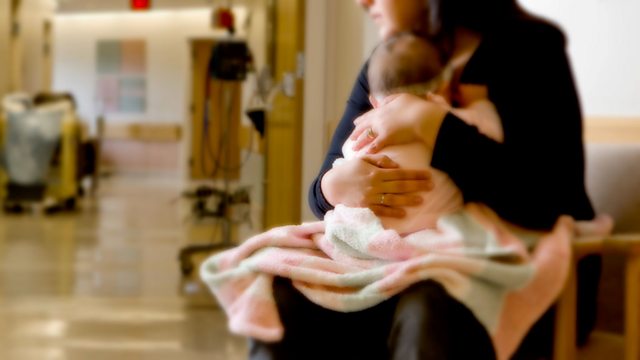 Women who have suffered psychotic illness after childbirth take part in a groundbreaking art project and talk about their journey back to recovery. Presented by Clare Dolman.

Women who've suffered psychotic illness after childbirth talk about their journey back to recovery.

Between one in 500 and one in a thousand women suffer from postpartum psychosis after childbirth. It's an illness which often appears rapidly and without warning and leaves women in the grip of psychotic delusions or of mania. They talk of losing touch with reality and feeling split and fragmented.

However, because it's comparatively rare and can happen to women with no history of mental illness, postpartum psychosis may go undiagnosed or be confused with post natal depression. In fact if it's treated properly, recovery from this very severe disorder can be very swift.

Now Radio 4 has been offered unique access to a group of women who have experienced the illness. They're taking part in an art project, funded by the Wellcome Trust, whose aim is to raise awareness of the condition.

As they meet at a workshop and in the artist Joan Molloy's studio they talk openly about what they went through, the hallucinations they suffered in the depths of the psychosis and their journey back to health. They also tackle the difficult topics of whether they wanted to harm themselves or their baby, the decision about whether to have a second child, and their perception of themselves as mothers.

The art project is supported by leading perinatal psychiatrist, Dr Ian Jones, who is working with teams in Cardiff and Birmingham universities to try to discover what it is about the physical experience of childbirth that triggers the illness. He tells us if they were able to establish whether some women had a genetic pre-disposition to the condition, it would be possible to predict which women were at high risk and to take the right steps before rather than after the illness has struck.

Presented by former journalist - Clare Dolman, who suffered an episode of post partum psychosis herself after the birth of her first child twenty two years ago. She is the founder of Action on Postpartum psychosis and now works to raise awareness of the disorder.