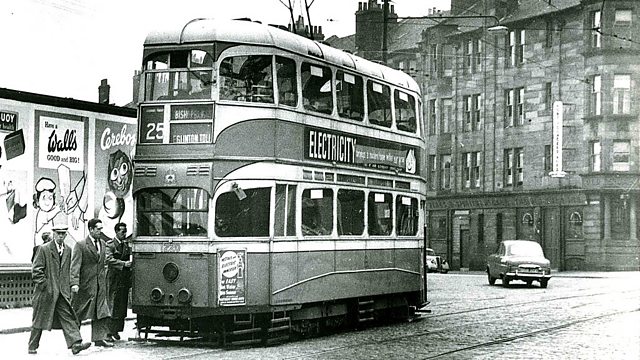 The Golden Age of Trams: A Streetcar Named Desire

Documentary exploring how the tram liberated overcrowded cities, mapping its journey from horse-drawn carriage on rails to steam and then electric power.

Move along the car! Timeshift takes a nostalgic trip on the tram car and explores how it liberated overcrowded cities and launched the era of the commuter. The film maps the tram's journey from early horse-drawn carriages on rails, through steam, and to electric power.

Overhead wires hung over Britain's towns and cities for nearly 50 years from the beginning of the 20th century until they were phased out everywhere except Blackpool. Manchester, the last city to lose its trams was, however, among the first to reintroduce them as the solution to modern-day traffic problems.

The film includes a specially recorded reading by Alan Bennett of his short story Leeds Trams, and contributions from Ken Dodd and Roy Hattersley.

Epic: A Cast of Thousands!—Series 11

See all clips from The Golden Age of Trams: A Streetcar Named Desire (4)