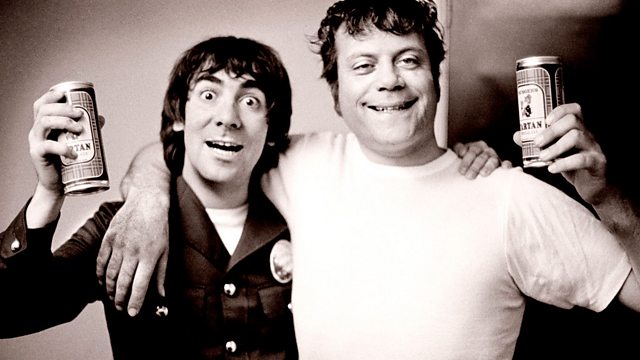 The story of one of the most infamous, unexpected and touching of friendships between two icons of the 1970s, Oliver Reed and Keith Moon.

Other members of the cast include Matthew Gravelle, Richard Nichols, Bethan Walker and Claire Cage.

In the mid-1970s, Oliver was an international movie star, and Keith was a rock 'n' roll legend, the drummer for rock band, The Who. Both were famous for their partying and boozing, as well as their undeniable talents. Mercurial and unpredictable, both men were at the top of their game - but the top can be a very lonely place.

Then they met, on the film set of The Who's epic rock opera, Tommy. What followed was a revelation - in each other they found a true kindred spirit, their own shadow image.

This is a story of madness and mayhem, antics and adventures, but also of love and loss - the dangerous, dazzling brilliance of two unbridled spirits connecting, but then the huge pain when one of them dies prematurely.

Recounting the electrifying "bruv-affair" between these two iconic figures, Burning Both Ends is the story of two men who found in each other a true friend, and who loved each other as fiercely as they partied...

Written by Matthew Broughton - inspired by true events, but scenes and characters have been created for dramatic effect.

A BBC Cymru/Wales production for BBC Radio 4 first broadcast in 2011.