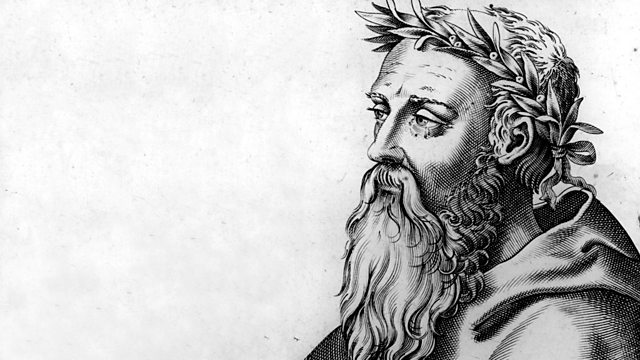 Melvyn Bragg and his guests discuss the ancient Greek thinker Heraclitus, immortalised by later scholars as the Weeping Philosopher.

Melvyn Bragg and his guests discuss the ancient Greek philosopher Heraclitus. Writing in the 5th century BC, Heraclitus believed that everything is constantly changing or, as he put it, in flux. He expressed this thought in a famous epigram: "No man ever steps into the same river twice." Heraclitus is often considered an enigmatic thinker, and much of his work is complex and puzzling. He was critical of the poets Homer and Hesiod, whom he considered to be ignorant, and accused the mathematician Pythagoras (who may have been his contemporary) of making things up. Heraclitus despaired of men's folly, and in his work constantly strove to encourage people to consider matters from alternative perspectives. Donkeys prefer rubbish to gold, he observed, pointing out that the same thing can have different meanings to different people.Unlike most of his contemporaries he was not associated with a particular school or disciplinary approach, although he did have his followers. At times a rationalist, at others a mystic, Heraclitus is an intriguing figure who influenced major later philosophers and movements such as Plato and the Stoics.With:Angie HobbsAssociate Professor of Philosophy and Senior Fellow in the Public Understanding of Philosophy at the University of WarwickPeter AdamsonProfessor of Ancient and Medieval Philosophy at King's College LondonJames WarrenSenior Lecturer in Classics and a Fellow of Corpus Christi College, University of CambridgeProducer: Natalia Fernandez.

The Concordat of Worms