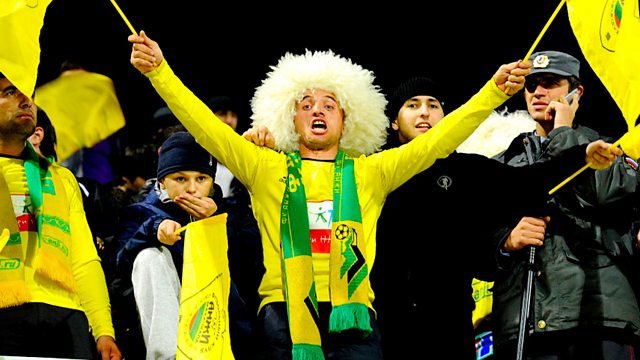 Roubles and Radicals in Dagestan

Russian businessman Suleiman Kerimov has pumped a fortune into Dagestani football and is bankrolling projects across this restive republic. Can his roubles end the insurgency?

The main focus of the violence in the North Caucasus these days is in Dagestan, Chechnya's neighbour. Shoot-outs between police and Islamist militants occur almost daily, and suicide bombings and assassinations have become common. In response, the authorities use what many see as excessive force and the violence spirals still further. In the past two years suicide bombings in the Moscow metro and a Moscow airport have been traced to the region. In Dagestan it's a war that has touched almost every community and family, and one where differences between the opposing sides are apparently irreconcilable. For the authorities, Dagestan is part of Russia and subject to its secular laws; for the militants the region should be a sharia state independent of Moscow.

After ten years trying to combat the militants and their appeal, Russian businessman Suleiman Kerimov has hit on a new idea - football. Sports facilities and pitches are being built across this impoverished and deeply conservative Muslim republic, encouraging young boys and men to play on the pitch rather than join the militants in the forest, and girls to watch them instead of withdrawing behind the veil. Dagestan's top club Anzhi Makhachkala has been bought up by the pro-Kremlin Dagestani billionaire and now he is buying world-class footballers, including Samuel Eto'o, currently the highest-paid player on the planet.

Lucy Ash asks whether this is just bread and circuses for the masses or whether it is making a real difference in this restive Russian republic. Mr Kerimov is bankrolling many other projects from mosque building to job creation, from a glass factory to a glistening vision of an entirely new city. The reclusive billionaire's representative in Dagestan says he is trying to find an economic solution to one of the poorest and most troubled regions in Russia. The government is also trying a new tactic; it has recently set up a commission to persuade young fighters to lay down their arms and return to a peaceful civilian life. Lucy watches an anti-terrorism policeman lecturing university students in the capital, Makhachkala, on the dangers of radical Islam.But with entrenched corruption, heavy-handed policing and a blatant disregard for law, the Islamic underground shows little sign of retreat. More alarmingly, it looks as if the insurgency is spreading from the north to the traditionally peaceful and secular south of the republic. Lucy visits the village of Sovetskoye where in May this year police beat up dozens of young Salafists. A few months later the head teacher was murdered, allegedly because he'd banned the hijab in class. Can a massive injection of cash really neuter deep-seated pressures for change?