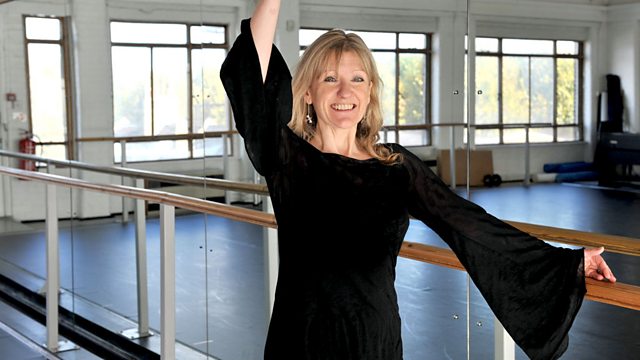 Nicky Clayton reveals how her obsession with birds inspires her research on the cleverness of crows, and her work as scientist in residence at the Rambert Dance Company.

Nicky Clayton is Professor of Comparative Cognition at Cambridge University. Her work challenges how we think of intelligence and she says that birds' brains developed independently from humans or apes. Members of the corvid family, such as crows and jays appear to plan for the future and predict other birds behaviour in her elegant experiments.One experiment she has designed was inspired by Aesop's fable of the hungry crow.

Her work raises questions about the understanding of animal behaviour, including whether, as humans, we can ever interpret the actions of other species accurately.
But she says her research with birds and other animals can help illuminate young children's activities and how their brains develop.

Nicky Clayton is scientist in residence at the Rambert Dance Company and her latest collaboration with Mark Baldwin, the artistic director, is "Seven for a secret, never to be told" which takes concepts from childhood behaviour and reinterprets them choreographically.