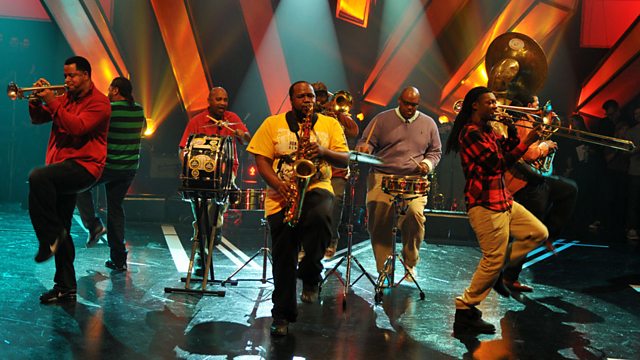 Joining Jools in the studio is a true rock and roll double act: rock legend Metallica have joined forces with Velvet Underground member and musical icon Lou Reed after performing together at the Rock and Roll Hall of Fame. They perform tracks from the album they have made together, entitled Lulu, along with one or two Velvet Underground classics.

Also in the room is American singer-songwriter, political activist and author Steve Earle with songs from his new album I'll Never Get Out Of This World, which is named after a Hank Williams song. He is joined by his current band The Duke (and Duchesses) and wife Alison Moorer.

London-based group Various Cruelties make their TV debut with their infection motown-y love pop songs, and legendary disco and dance pioneer and member of Chic, Nile Rodgers, talks about his life and music.

New Orleans soul and R&B singer Aaron Neville joins Jools at the piano. Plus, more artists to be announced.