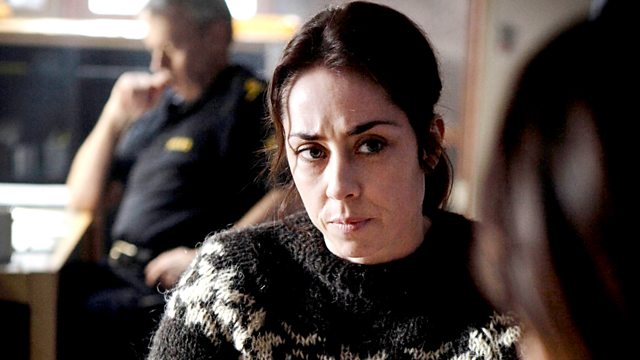 With Kirsty Lang, who reviews the return of the acclaimed Danish TV series The Killing. Also, comedian Sean Hughes discusses how his father's death shaped his latest show.

The first series of The Killing, the 20 part Danish crime drama, was widely acclaimed as a TV highlight of the year. Now Detective Inspector Sarah Lund returns with a new investigation. With a double-bill of the first two episodes of the second series being screened this weekend, writer John Harvey reflects on the appeal of this crime marathon.

Perrier Award-winner Sean Hughes reveals why he decided to discuss his father's death in his new stand-up show. The comedian, writer and former Never Mind The Buzzcocks captain considers our reactions to death, and recalls his original route into comedy.

The AIDS epidemic of the early 80s in San Francisco is the subject of a new documentary by the film-maker David Weissman. Five individuals who lived through it look back at a period when thousands of their friends were dying of a disturbing and unfamiliar illness. David Weissman discusses why he felt now was the right time to make his film We Were Here.

A new bargain box set of music by jazz saxophonist Joe Harriott places him back in the spotlight, almost four decades after his death. Jamaican-born Harriott made Britain his home, and argued strongly that musicians here should not feel overshadowed by American stars. Kevin LeGendre looks back at his career.