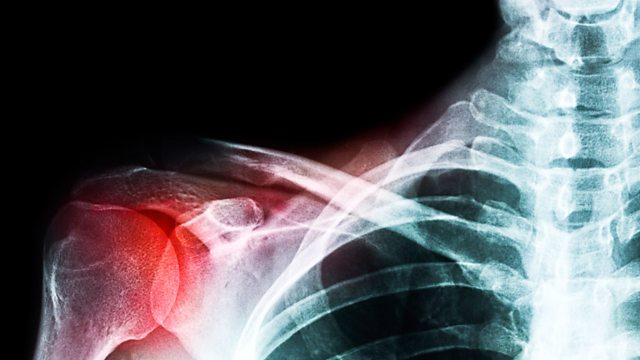 Jim al-Khalili talks to a scientist who grows human bones in a test tube, Molly Stevens.

Jim al-Khalili talks to a scientist who grows human bones in a test tube, Molly Stevens.

Molly Stevens does geeky hard core science but her main aim is to help people. Twenty years ago, nobody thought it was possible to make human body parts in the laboratory, but today scientists are trying to create almost every bit of the body. Professor Molly Stevens grows bones. Towards the end of her PHD, a chance encounter with the founding father of tissue engineering and an image of a little boy with chronic liver failure, convinced her that this was what she wanted to do. Ten years on, she runs a highly successful lab at Imperial College London and has been photographed by Vogue.