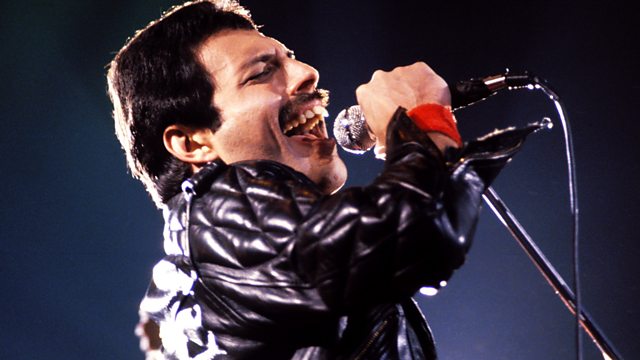 To mark the twentieth anniversary of Freddie Mercury's death, Midge Ure goes in search of the real man behind the rock star.

Freddie Mercury was a hugely charismatic and dynamic performer who cultivated a flamboyant stage personality, and yet in private he was extremely shy and retiring, and gave very few interviews. To mark the 20th anniversary of his death, Midge Ure goes in search of the real Freddie Mercury.

Freddie Mercury was born Farrokh Bulsara in 1946 to Indian parents in Zanzibar, when it was still part of the British Empire. At the age of 17, he and his family moved to Feltham, Middlesex, and he became a British citizen. After studying at art college, his music career took off in 1970 when he joined up with guitarist Brian May and drummer Roger Taylor. Together they became "Queen".

"Queen's" unique brand of stadium rock appealed to audiences across the globe. The band were the first to play in South American stadiums in the 1980s, they stole the show at Live Aid in 1985 and three hundred thousand fans flocked to see Freddie Mercury's final live performance at Knebworth Park in 1986.

Mercury's sexual ambiguity was a particular source of intrigue. In 1969 he began a long-term relationship with Mary Austin. Throughout his life he referred to her as his 'common law wife' and his 'only friend'. Yet the wedding ring Mercury was wearing on his death bed was given to him by his male partner, Jim Hutton.

In the years following his triumph at Live Aid, Freddie Mercury was rarely seen in the public eye. His health became a subject of speculation, even though his colleagues and friends continually denied there was anything wrong with him. Finally, on the day before he died, Freddie made a public statement confirming that he was HIV positive and he had AIDS.