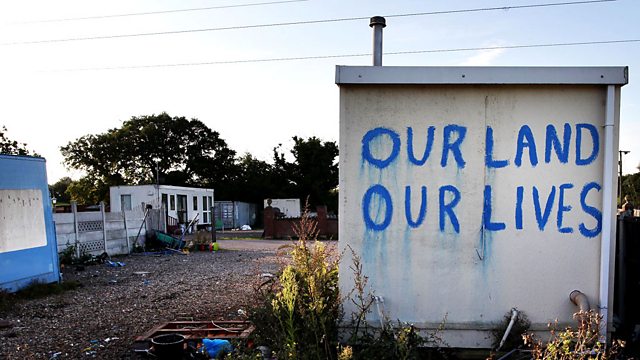 Panorama received exclusive access to the families of the Dale Farm travellers, their neighbours and the authorities, prior to and during Britain's biggest ever traveller eviction.

For 10 years, 400 or so travellers on Dale Farm in Essex fought to stay on land they own. In October 2011, with all legal options exhausted, time finally ran out for them. As riot police and bailiffs moved onto the site, Panorama received exclusive access to the travellers' families, their neighbours and the authorities - to film on both sides of the barricades during the months that led up to Britain's biggest ever traveller eviction. It also follows those evicted as they set off to an uncertain future.

Described as the largest illegal traveller site in Europe, Dale Farm in Basildon is on designated Greenbelt land, and the local council said the travellers had broken the law by building on it. As the legal battle raged through the High Court and beyond, activists from across Britain converged on the site ready to defend the travellers' right to remain. For the council, this was the culmination of a legal fight which has cost them millions. For the travellers, it was the last stand to keep their homes.

Britain, Gaddafi and the Torture Trail