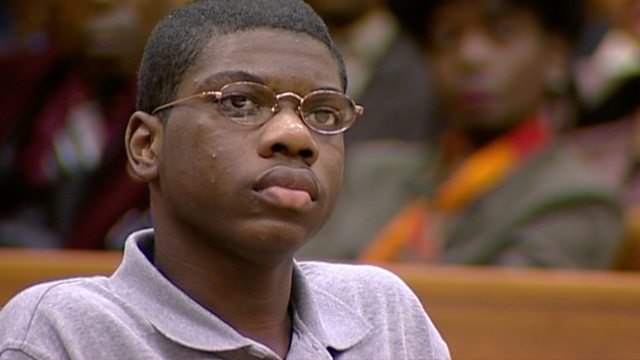 Murder on a Sunday Morning

Documentary following a black American teenager's trial for murder, and how his defence lawyer and his team discovered a slew of shocking and troubling elements about the case.

Jacksonville, Florida, May 2000. Mary Ann Stephens is shot in the head at point blank range in front of her husband. Two hours later, a 15-year-old black American, Brenton Butler, is arrested walking down a nearby street.

Jean-Xavier De Lestrade's Academy Award-winning film follows his trial. Everyone involved with the case, from investigators to journalists, is ready to condemn Butler, except his lawyer Patrick McGuiness. A dazzling and magnetic presence of Hollywood proportions, McGuiness reopens the inquiry, and in a dramatic and spine-tingling sequence of events, he and his team discover a slew of shocking and troubling elements about the case.

Murder on a Sunday Morning is gripping and heart-wrenching - the stuff suspense novelists only dream of writing.