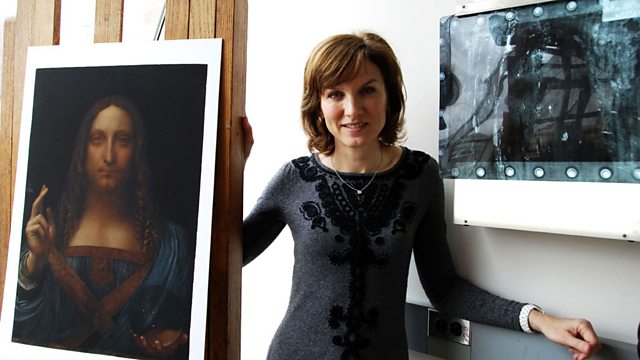 Fiona Bruce uncovers the story of Leonardo da Vinci. She travels to Florence, Milan, Paris, Warsaw and to New York, where she is given an exclusive preview of a new Leonardo.

Leonardo da Vinci is considered by many to be one of the greatest artists who ever lived. Yet his reputation rests on only a handful of pictures - including the world's most famous painting, the Mona Lisa.

As the National Gallery in London prepares to open its doors on a remarkable exhibition of Leonardo's work, Fiona Bruce travels to Florence, Milan, Paris and Warsaw to uncover the story of this enigmatic genius - and to New York, where she is given an exclusive preview of a sensational discovery: a new Leonardo.