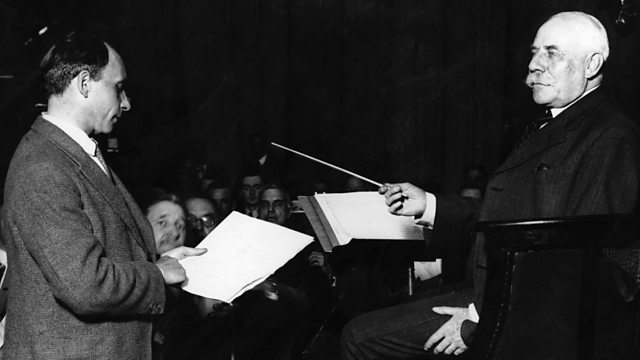 Elgar and the Gramophone Company

By the end of the Great War, Sir Edward Elgar couldn't compose any music to celebrate peace, disillusioned as he was by the whole period, which Donald Macleod explores in conversation with Terry Charman from the Imperial War Museum.

The Great War dragged on, and by 1916 the government was forced to introduce compulsory national service. Elgar found himself touring the North of England and Scotland, with morale-raising concerts and music including To Women from The Spirit of England. But Elgar was unwell even before the war started, and war events combined with his exhausting work were dragging him down. His wife Alice refused to let Elgar accept the offer of a conducting tour of Russia, due to his ill health. He still managed though to keep working on a theme or two of his, such as his incomplete Piano Concerto, and a jingoistic work Fight for Right.