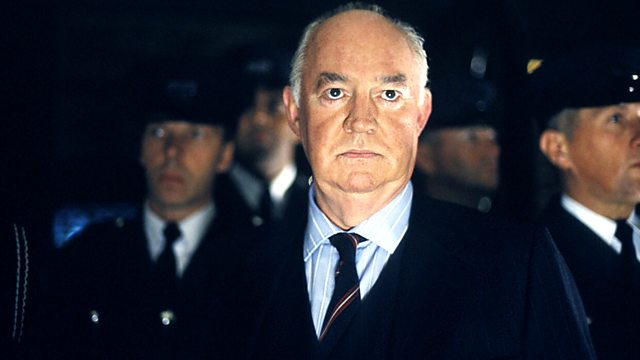 The Key of the Nick

En route to an evening out, PC George Dixon and DI Andy Crawford get embroiled in a bank job. Adapted from TV with David Calder.

There's supposed to be a surprise party to celebrate George's 21 years on the beat at Dock Green police station.

But it turns into a night in cold storage instead as Dixon and Crawford are held hostage...

Written for TV by Ted Willis and adapted for radio by Sue Rodwell.

Give a Dog a Good Name—Series 2

See all episodes from Dixon of Dock Green