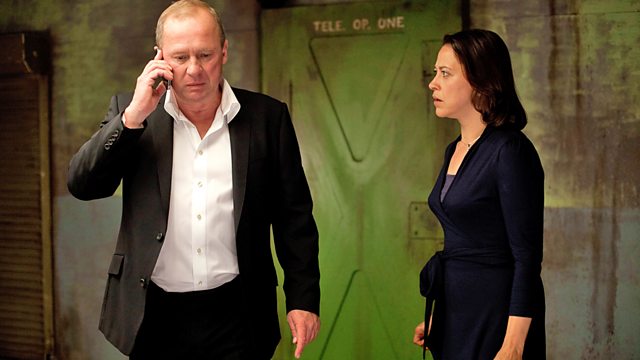 Drama series. Harry is handed over to the CIA, ready for deportation to the US, but events are thrown into turmoil when the team receive detailed knowledge of an attack on the UK.

Harry finally discovers who is behind the recent attacks on the UK, but will confirming these suspicions come at too high a cost to himself and his team? In a highly dramatic climax to the 10th series of Spooks, who will survive?

As the man responsible for the kidnapping of their deputy-director, Harry is handed over to the CIA, ready for deportation to the US. But when fresh evidence surfaces that there are darker forces at work, his loyal team break Harry out of his enforced custody.

Harry's suspicions now lead him to another of his former Cold War adversaries. But events are soon thrown into turmoil when Elena announces detailed knowledge of a new attack on the UK. Harry and Ruth question Elena. A commercial passenger jet is approaching London and cannot be contacted. Is it a 9/11-style suicide mission? Or do Harry's real enemies want to trigger a bigger conflict by tricking him into giving the order to shoot down an entirely innocent planeload of civilians?

Can Harry really trust Elena? As the ultimate spy, Harry will surely avert a national disaster, but not without the greatest personal sacrifice he has ever known.

See all episodes from Spooks