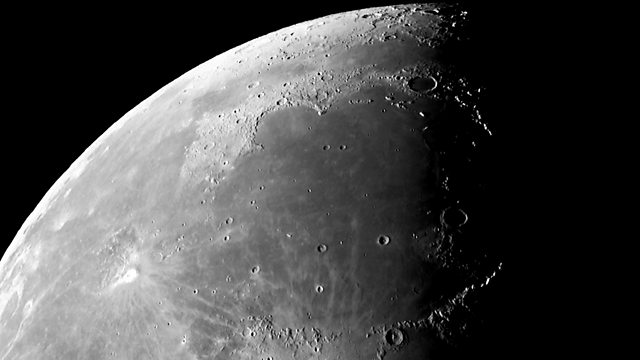 Melvyn Bragg and his guests discuss the origins, science and mythology of the moon. Man may have landed on the moon, but our 'twin planet' in many ways still remains a mystery.

Melvyn Bragg and his guests discuss the origins, science and mythology of the moon. Humans have been fascinated by our only known satellite since prehistory. In some cultures the Moon has been worshipped as a deity; in recent centuries there has been lively debate about its origins and physical characteristics. Although other planets in our solar system have moons ours is, relatively speaking, the largest, and is perhaps more accurately described as a 'twin planet'; the past, present and future of the Earth and the Moon are locked together. Only very recently has water been found on the Moon - a discovery which could prove to be invaluable if human colonisation of the Moon were ever to occur. Mankind first walked on the Moon in 1969, but it is debatable how important this huge political event was in developing our scientific knowledge. The advances of space science, including data from satellites and the moon landings, have given us some startling insights into the history of our own planet, but many intriguing questions remain unanswered. With:Paul MurdinVisiting Professor of Astronomy at Liverpool John Moores UniversityCarolin CrawfordGresham Professor of Astronomy at the University of Cambridge Ian CrawfordReader in Planetary Science and Astrobiology at Birkbeck College, London.Producer: Natalia Fernandez.

The Siege of Tenochtitlan