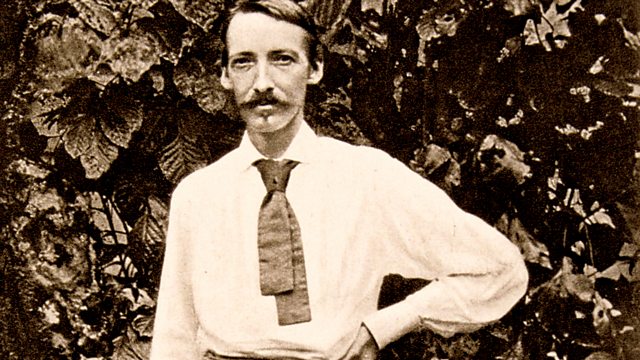 The Strange Case of the Man in the Velvet Jacket

Robert Forrest's play based on Robert Louis Stevenson's early life in Edinburgh, as he was about to embark on his career as a writer. With Tom Freeman and Alexander Morton.

A powerful and intriguing original play by Robert Forrest based on the writer Robert Louis Stevenson's early life in Edinburgh.

Set in 1873, the play focuses on Stevenson as a young man invigorated by the intellectual maelstrom that was still challenging the way people saw and navigated the world of arts, science and politics following the Enlightment. He may have been unsure of what his role in all this could be, but it was the things he knew he had to reject - belief in God, a career in law or engineering - that were creating turmoil in his own mind and heartache in his relationship with his parents. And meanwhile his discovery of the female species was also pre-occupying his thoughts and emotions.

Robert Forrest writes,
"Famously Stevenson created no convincing or complex women in his fiction until late in his life, with (to a degree) Catriona and (wonderfully) the two Kirsties in Weir of Hermiston. But the Stevenson who is revealed in his letters and essays is altogether different; his understanding of women, his liking, respect and admiration for them, are very striking. There was a story that he developed an intense love for an older Highland woman (he later was indeed drawn to women older than himself), but that youthful affair has been dismissed as mere legend. But what if this mysterious woman is his own invention, his inner muse, a dream figure he conjures up and is then haunted by? There are shades of Jekyll here - he creates this woman and then can't be rid of her. Is she the haunting figure of his muse?"