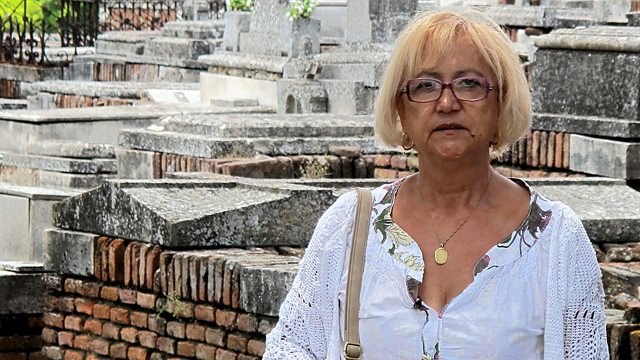 Documentary series. Katya Adler reveals the impact of Spain's stolen baby scandal, meeting those who were separated at birth and who are now desperate to find their relatives.

Spain is reeling from an avalanche of allegations of baby theft and baby trafficking. It is thought that the trade began at the end of the Spanish civil war and continued for 50 years, with hundreds of thousands of babies traded by nuns, priests and doctors up to the 1990s. This World reveals the impact of Spain's stolen baby scandal through the eyes of the children and parents who were separated at birth, and who are now desperate to find their relatives.

Exhumations of the supposed graves of babies and positive DNA tests are proof that baby theft has happened. Across Spain, people are queuing up to take a DNA test and thousands of Spaniards are asking 'Who am I?'

Katya Adler has been meeting the heartbroken mothers who are searching for the children whom they were told died at birth, as well as the stolen and trafficked babies who are now grown up and searching for their biological relatives and their true identities.

Return of the Lost Boys of Sudan