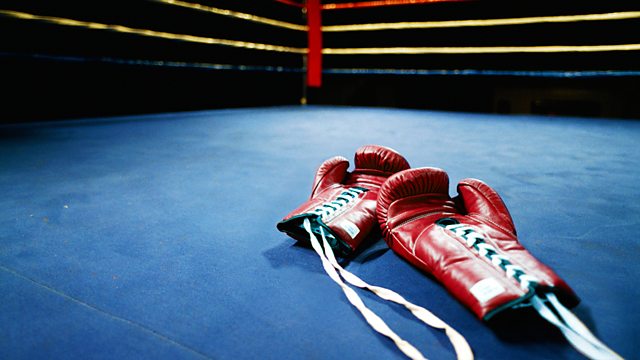 A young man joins Tony's boxing ring in an attempt to escape the circle of addiction he has come to inhabit. Written and Directed by Tony Pitts.

A young man joins Tony's boxing ring in an attempt to escape the circle of addiction he has come to inhabit.

Tony Pitts is an exciting and accomplished northern Writer-Performer, now turning his hand to BBC Radio 4's Afternoon Play. Tony is also a boxing coach. He conquered some of his own demons through boxing - and has helped others to do so too. This is a story of one of his students, Liam Jones.

Heroin addiction. It's not news. This all-too-familiar story is difficult but not shocking. And that's the shame.
On It, is a play written full of gut-wrenching love, determination and the hope that one day there may be a full stop, instead of another comma in the story of every family with this fight on its hands.

The writer, cast and crew would like to extend their thanks, sympathy and love to the Jones family.

Written and Directed by Tony Pitts

Produced by Sally Harrison
A Woolyback Production for BBC Radio 4.