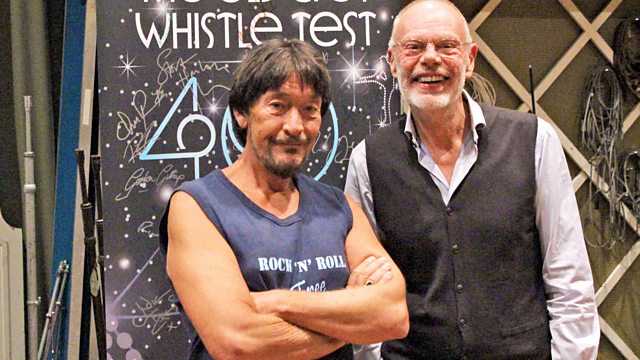 Bob Harris celebrates the 40th anniversary of the classic music TV show with guests Clare Grogan and Chris Rea, plus music from Gang of Four, Nils Lofgren and Jack Bruce.

Bob Harris continues to celebrate the 40th anniversary of the classic music TV show, this week looking back to the series which ran from November 1981-June 1982.

Clare Grogan joins Bob in the studio to talk about her appearance with Altered Images on the programme, as does Chris Rea, who discusses his initial success in America with Fool If You Think It's Over and his individual approach to releasing music in the 21st Century.

There is live music from Gang Of Four, Nils Lofgren and Jack Bruce. And David Hepworth talks about his years as presenter of Whistle Test, the programme's legacy and introduces one of his favourite archive performances.