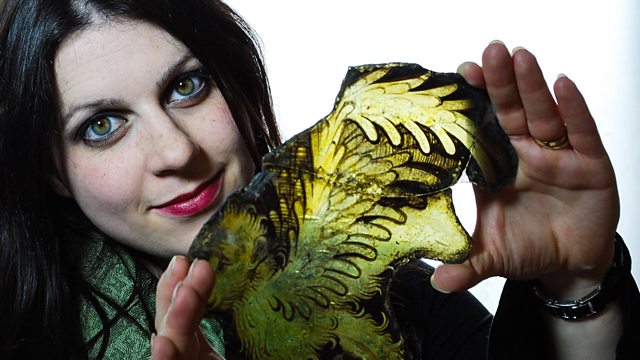 Dr Janina Ramirez unlocks the secrets of a centuries-old masterpiece in glass, the Great East Window at York Minster, the largest expanse of medieval stained glass in the UK.

Historian Dr Janina Ramirez unlocks the secrets of a centuries-old masterpiece in glass. At 78 feet in height, the famous Great East Window at York Minster is the largest medieval stained-glass window in the country and the creative vision of a single artist, a mysterious master craftsman called John Thornton, one of the earliest named English artists.

The Great East Window has been called England's Sistine Chapel. Within its 311 stained-glass panels is the entire history of the world, from the first day to the Last Judgment, and yet it was made 100 years before Michelangelo's own masterpiece. The scale of Thornton's achievement is revealed as Dr Ramirez follows the work of a highly skilled conservation team at York Glaziers Trust. They dismantled the entire window as part of a five-year project to repair centuries of damage and restore it to its original glory.

It is a unique opportunity for Dr Ramirez to examine Thornton's greatest work at close quarters, to discover details that would normally be impossible to see and to reveal exactly how medieval artists made images of such delicacy and complexity using the simplest of tools.

The Great East Window of York Minster is far more than a work of artistic genius, it is a window into the medieval world and mind, telling us who we once were and who we still are, all preserved in the most fragile medium of all.