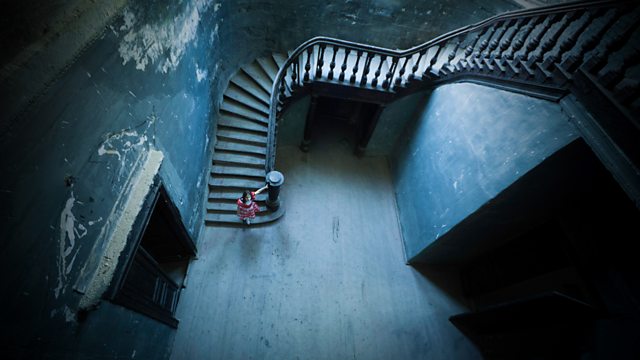 The Sound of Fear

A door creaks, footsteps echo, someone is breathing - and we are terrified. But why? Sean Street investigates the psychology of why certain sounds can trigger fear in the hearer.

A door creaks, footsteps echo, someone's breathing - and we are terrified. But why? Sean Street investigates the psychology of fear, so potently sensitive to sound.

He hears from musician and writer David Toop and film-maker Chu-Li Shrewring how sounds trigger fear and the way this inspires them. The neuro-scientist Sophie Scott explains how our brains process terror.

Context is important: anomalous noises, disembodied voices and sounds whose origins are mysterious - all these frighten us. David Hendy reveals that, in its early day, radio itself was alarming. Louis Niebur, author of a book on the BBC's Radiophonic Workshop, reveals how in the 1950s, the advent of electronic sounds allowed programme-makers to use sounds that frightened people because they didn't know what made the noises. Sound researcher Marcus Leadley explains how this triggers a state called schizophonia.

Sean also questions whether sound and fear are culturally specific, and hears about an experiment with the Himba, a nomadic people in Namibia. Do they recognise our expressions of fear, and do we theirs.

Nigel Paterson, director of 'Planet Dinosaur' explains how his team created sounds for animals about whose calls we know next to nothing. Sean hears, too, a drill sergeant-major whose voice is, in reality, very scary. And in an anechoic chamber, Sean experiences what might be the most frightening sound of all - absolute silence.

Through the whole programme are woven an array of scary sounds, noises and music, from foxes fighting in the north London night to cicadas in the jungle, from the voices of the Daleks to the music from the film 'Psycho', and from a tiger to a rain drop. That, and some Freud, too, in The Sound of Fear.