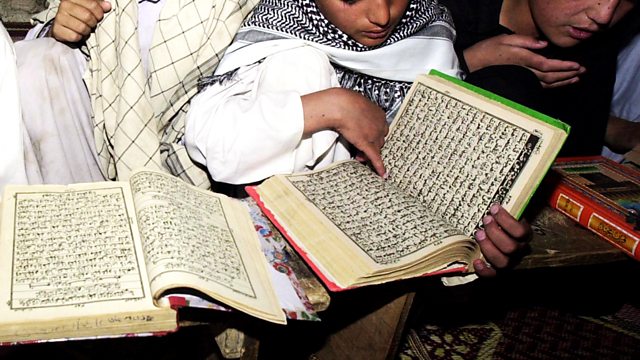 With no regulation of part-time madrassa schools in Britain, Fran Abrams asks if the thousands of children who go each week to study the Quran are properly protected.

Earlier this year, an imam working in Stoke-on-Trent was jailed for raping a 12 year old boy at his mosque. In the wake of the case, File on 4 investigates whether the thousands of children who visit mosques and madrassas each week to study the Quran are being properly protected.

The leader of the Muslim Parliament of Great Britain has warned that without urgent action, his religion could face an "avalanche" of historic cases similar to the ones which have swamped the Roman Catholic church. Already, several other abusers whose crimes remained undetected for decades have been brought to court.

How can parents be sure their children are safe in unregulated madrassas where no-one ensures proper criminal record checks are made on staff and volunteers? And should the ban on corporal punishment in schools be extended to cover madrassas when some children still face physical punishment?
Fran Abrams investigates.
Producer: Sally Chesworth.

Cash from the Crisis