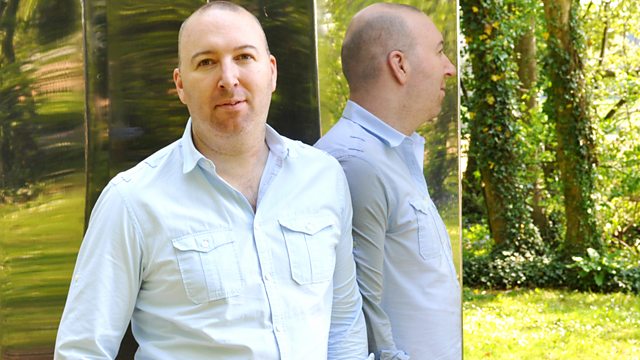 Andrew Shoben creates artworks for UK cities. But how long should they stay? Should we 'rotate or retire' public art? From 2011.

The last three decades have seen a flourishing of public art in our towns and cities with works adorning every new housing estate, shopping centre or local park. But what was bold and innovative in the 1980s may now seem tired, decrepit or meaningless.
In a bid to refresh our cities and rescue 'orphaned' works, Andrew sets out to explore the arguments around relocating more of our artworks.

In London’s Trafalgar Square, he examines the Fourth Plinth phenomenon with Sandy Nairne of the National Portrait Gallery, and a trip to Antony Gormley's studio reveals the artist's hopes for his most famous creation, Angel of the North. Andrew also visits the Cass Sculpture Park in Sussex where owner, Sir Wilfred Cass, offers works from top sculptors. We hear from local authority art departments about the process of commissioning and de-commissioning work for our communities.

There's a historical precedent too. Italians weren't afraid of moving their public art around, or retiring it and replacing it with something else.

With his company Greyworld, Andrew has created public artworks for several UK cities, including the robotic bust close to the Tate Modern in London. But who decides how long his works, or any artworks in the public realm should occupy their space?

Tasting his own medicine, Andrew speaks to people passing one of his own sculptures to find out if they love it or if they'd prefer that it be replaced by something, anything else.

A Somethin' Else production for BBC Radio 4, first broadcast in October 2011.