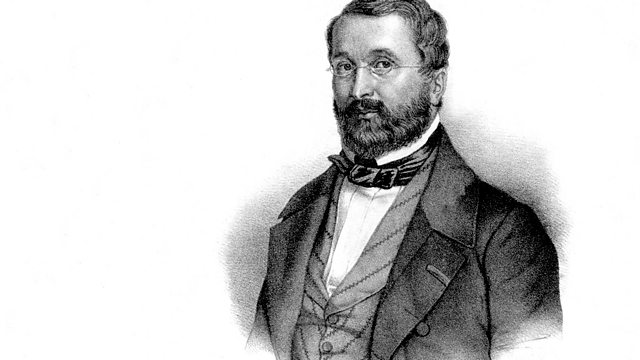 Composer of the Week Herold, Adam and Delibes
Episode 3 of 5

Donald Macleod focuses on how Adolphe Adam's fortunes fluctuated, as he went from financial ruin following his opening an opera house, to success with the ballet Le corsair.

Try as he might, one night Richard Wagner just couldn't get to sleep. There was this tune which just wouldn't stop going around in this head. It came from the opera comique Le Postillon de Lonjumeau by Adolphe Adam, which brought the composer international success.

Adam's fame spread, and he was soon invited to the court of Tsar Nicholas I of Russia, where he staged a number of his works. On a roll with success, and now back in Paris, Adam would go on to compose the work which he is best known for today, the ballet Giselle - a work he composed in lightening speed in just three weeks. The ballet represented progress in the way it relied more on female dancers in the main roles, as opposed to men as in previous traditions.

With success there was the inevitable low period, but this was due to an argument with the director of the Opera Comique, who swore he'd never have another work by Adam on his stage. At huge financial risk, Adam opened his own opera house in Paris, but with the 1848 revolution, Adam was completely ruined. However success came again, and with financial security, in the form of his opera Si j'étais roi, and the ballet Le corsair.

Fame at Last for Herold—Herold, Adam and Delibes

Delibes and Coppelia—Herold, Adam and Delibes