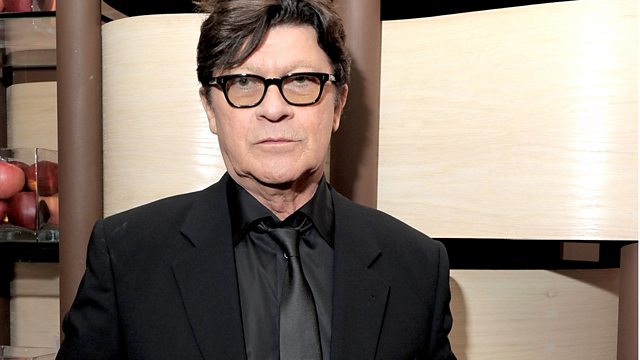 Robbie Robertson gives a rare interview tracing his life through music from 1960s band The Hawks, to working with Bob Dylan in The Band and Martin Scorsese.

Robbie Robertson shares the musical milestones of his life in an interview with Matt Everitt first broadcast in 2011.

Robbie Robertson's music is woven through American cultural history in remarkable way - and he's rightly seen as something of a creative godhead in the US and his home country of Canada. In this episode of The First Time, Robertson gives a rare interview and discusses his childhood and the influence of his combined Mohawk and Canadian parentage, becoming the precocious guitarist in the Hawks at the dawn of the 60s and his bond with the early rock n roll scene, as it swept across the world.

And happily - for someone who has often distanced himself from his past - Robertson also talks about his time as a key member and songwriter with the Band - one of the greatest groups in music history; responsible for the legendary Songs From Big Pink album and whose authentic, folk and country-influenced music, shifted the psychedelic flamboyance of the late 60s scene into a more soulful direction.

Now a well-respected solo artist, Robertson chats about his role as a music director for Martin Scorsese, a role he's enjoyed since the 80s, working on Raging Bull, The King of Comedy, Casino, The Departed and Shutter Island.

See all clips from Robbie Robertson (3)