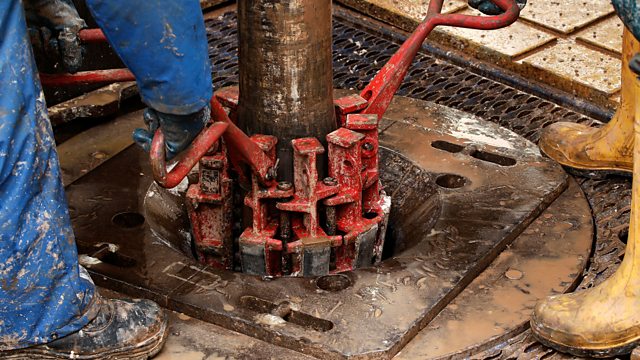 With shale gas production contributing to a reduction in gas prices in the US, Simon Cox investigates what Britain can expect from potentially large reserves in the UK.

Shale gas, extracted through a process known as "hydraulic fracturing" has had dramatic effects on the United States' energy market - contributing to both increased supply and reduction in the cost of gas.

In Poland its discovery caused so much excitement that the first exploratory drilling was carried live on television.

Britain has shale gas reserves too and the Department of Energy and Climate Change is about to open the next round of bidding for licences to test drill in certain parts of the country.

The industry is in its infancy in Britain but in "The Report" Simon Cox analyses the areas where shale gas might occur - potentially in large tracts of northern and southern England as well as parts of Scotland and Wales.

Might the UK eventually see large multi-national companies coming to this country to invest? How accurate are the claims that are made for how much gas might be produced? And what does the prospect of cheap, plentiful gas mean for the government's commitment to renewable energy?