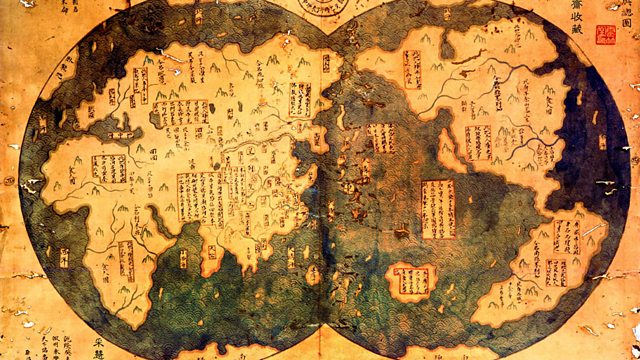 Melvyn Bragg and his guests discuss the Ming Voyages, the 15th-century naval expeditions led by the Chinese admiral Zheng He.

Melvyn Bragg and his guests discuss the Ming Voyages. In 1405 a Chinese admiral, Zheng He, set sail with an enormous fleet of ships carrying more than 27,000 people. This was the first of seven voyages of discovery which took Zheng and his ships all over the known world, from India to the Gulf of Persia and as far as East Africa. They took Chinese goods, evidence of the might of the Ming Empire, to the people they visited; and they also returned to China with treasure from the places they visited, and exotic items including a live giraffe. These seven voyages were an expression of the might of the Ming Dynasty; but they were regarded by some Chinese courtiers as a wasteful extravagance, and after internal disputes they came to an end in 1433. These extraordinary journeys live on in the imagination and the historical record - and had a profound effect on China's relationship with the rest of the world.With:Rana MitterProfessor of the History and Politics of Modern China at the University of OxfordJulia LovellLecturer in Chinese History at Birkbeck College, University of LondonCraig ClunasProfessor of the History of Art at the University of Oxford.Producer: Thomas Morris.