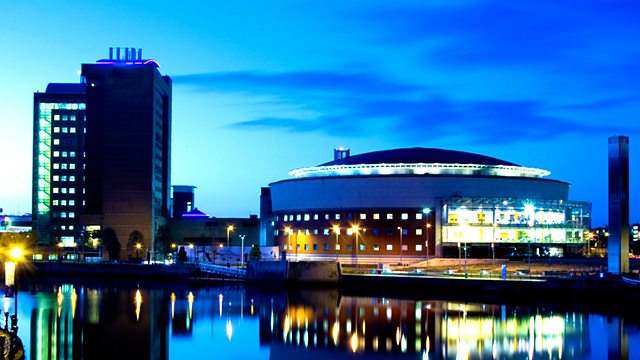 Radio 3 Live in Concert The Ulster Orchestra at the Waterfront, Belfast
Episode 1 of 2

From Waterfront Hall, Belfast, the Ulster Orchestra under JoAnn Falletta open the 2011 Ulster Bank Belfast Festival at Queen's with music by Bernstein, Copland and Gershwin.

An American Extravaganza opens the 2011 Ulster Bank Belfast Festival at Queen's. The Ulster Orchestra's new Principal Conductor, JoAnn Falletta, marks her first major concert with the orchestra by bringing the music from north and south America to the stage of the Waterfront Hall in Belfast. The concert includes music by Falletta's conducting teacher, Leonard Bernstein - his show stopping dances from On the Town - as well as Aaron Copland's Latin American Sketches and evocation of a Mexican dancehall and George Gershwin's Rhapsody in Blue and energetic Variations on 'I got Rhythm' with pianist, Joanna MacGregor. The South American element of the concert includes, Astor Piazzolla's evocation of the dance synonymous with his homeland - the Tango - and Mexican composer José Pablo Moncayo's colourful orchestral fantasy, Huapango